There is one record in the slot machine world that has just taken a tumble. That being the record amount that an individual won on a single jackpot. The total amount that this incredibly lucky individual was able to claim this time was an eye-popping €7.8 million! The player was enjoying their game at the LeoVegas Casino when the record was set.

This online casino has been around since 2012. That may not sound like a very long time, but it is in the world of online gambling. There are plenty of operations that are much younger than this casino. Even in its 6 years of existence it has already won some pretty impressive awards such as the “brand of the year” award for 2018 from the ERG Marketing and Innovation Awards and the “online casino operator of the year” award from the International Gaming Awards in 2017. Both of these are high honors for any online casino to receive, and they point to the fact that this is the type of casino that a lot of players appreciate and get something out of. 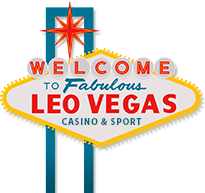 Which Game Was This Jackpot Won On?

Everyone wants to know what the lucky game was that brought this particular player the great fortune that they were able to walk away with. The answer to this is that the game was none other than Jokers Millions. This is aptly named since it really did produce a millionaire on this particular occasion.

The game is an online slot with 5 reels and 25 paylines that a player may use. It is designed to look like an old-style slot machine for those who loved to play games when they were created in a way that was a bit simpler to understand. It is understandable that some people still enjoy their games in this format. Jokes Millions attempts to be there for those who don’t want all of the bells and whistles that come with some modern games these days.

The man who logged on to play this game was from Sweden. He clearly decided that he wanted to try his luck on this machine at exactly the right time. The bet he placed was worth only the equivalent of fifty US cents, but he walked away with millions.

What is so interesting about this Joker Millions game is that this is not even the first time that someone has hit on the machine for north of one million. The other jackpot that was won on this machine just wasn’t anywhere near the amount that this individual happened to win. It was a near miracle that he pulled this off, but the multiple big wins on this machine goes to show that it is one game that is able to produce some big scores.

Progressive slot machine games are great for those players who wish to take a small amount of money and wager it hoping to hit on their big dream. It is not common to land the big score of course, but it does happen every now and then. This is different from a traditional slot machine which tends to reward players with more moderate sized wins. Progressive slot machines dangle the promise of the potential to hit an incredibly big score right before you face at all times.

The lucky man who took down this jackpot must certainly be happy in his choice of slot machines to play on at this very moment.