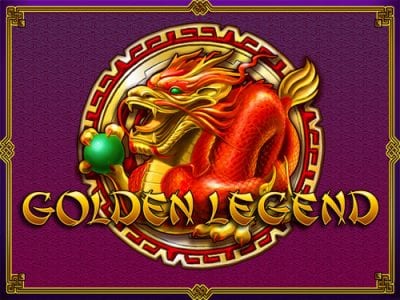 Rating:
The Golden Legend Slot casino game by Play N’ go is filled with ancient treasures. With Chinese symbols bordering the screen on banners and golden symbols found on the reels, this game takes players back in time to an ancient world. The game is filled with different exciting ways to win from wilds to scatters that lead to a massive free spin bonus feature loading on the screen.

Placing a bet on the Golden Legend Slot casino game will have players paying a minimum of 1 coin and a maximum of 5 coins. Players may also choose a number of pay lines that they would like to bet on. In this slot game, there are 50 different pay lines. The coin value is another option that players can change from 0.01 to 0.40. When all of the betting values are set at maximum players will be betting 250.00. 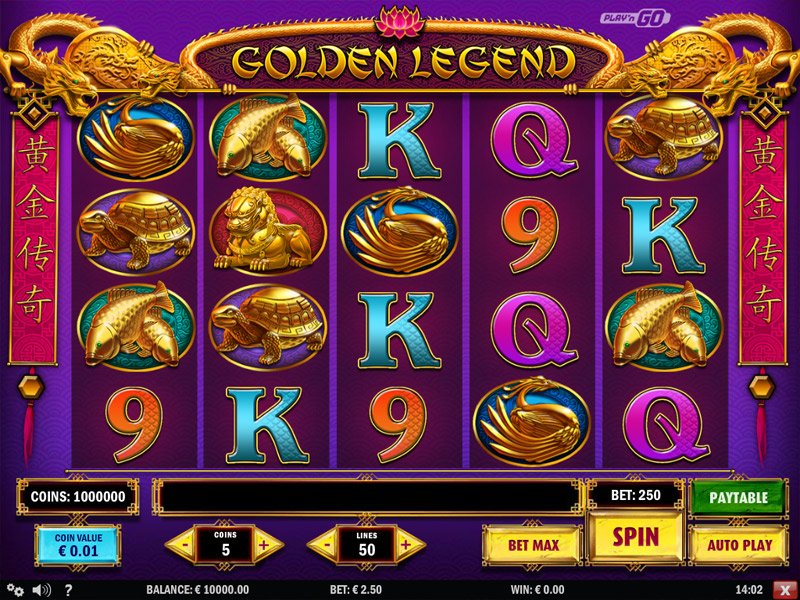 When a player wins a round of the Golden Legend Slot casino game, they will see the gamble button flash at the bottom of the player screen. They will also see the collect button flash during this time. This means players have the ability to either take the win or gamble it. Pressing gamble will open up a smaller screen with flashing words of red and black. A flashing heart, diamond, club, and spade are also on this screen. Players will pick one of these flashing options to see if they can guess what the centre card will be. If they guess, incorrectly the small screen will close and normal play continues in the main game. If a player guesses correctly they can afford either gamble with that new win or collect the win. This will continue until the player either loses all wins or collects the cash.

When the scatter symbol activates, the free spin feature players will receive a total of 10 free spins. During the free spin rounds, there are two extra wild symbols added to the game. Free spins can be re-triggered during the initial free spin rounds that could give players up to 20 more of these spins. With the addition of the wild symbols, the free rounds could have players winning a massive 1000000 coins if they bet the maximum amount on the round that started the whole free feature. The wild symbol is that of a golden bowl with symbols on it. The wild will substitute all other symbols except for the scatter.

The scatter symbol in the Golden Legend Slot casino game is a picture of a red dragon. Three of the scatter symbols will pay players four times the amount of the total bet on that round. It will also trigger the free spin bonus feature. Players will also see symbols of A, K, Q, J, 10, and 9. These symbols are laced with gold and can add up to some cash for the player as well.

Other symbols of interest found on the reels of the Golden Legend Slot casino game include golden tigers, lion statues, turtles, swans, and fish. The golden tiger is the highest paying random symbol. If players spin 5 of these tigers and they land on active pay lines and has bet the maximum amount on the round a player can rack up 1000 coins. The golden lion statue is the second highest paying random symbol. The statue could rack up 500 coins for the player. To obtain this win, the symbol must land on active pay lines and the player would need to bet the maximum amount for the round.

The Golden Legend Slot casino game has players searching for golden treasures in an ancient world. The maximum bet for this casino game is higher as it does have players betting a max on 50 different pay lines, but the wins are easy with so many wilds and scatter to be found.