No Deposit Bonus » News » Most Popular Top Slots for OnlineGamers

Most Popular Top Slots for OnlineGamers

Those that enjoy traditional casinos often enjoy trying their luck with online casinos as well. There are so many casino games to choose from that gamers often get confused by the vast number of options available.

• Starburst: Starburst slots has 10 pay lines and features an expanding wide, which is the Starburst symbol which appears on reels 2, 3 and 4. The bonus occurs when a wild appears on any or all of those reels. The bonus continues until no Starburst wilds appear on the reels. Re-spins are activated after an additional Starburst appears, triggering an additional spin for each Starburst.

• Mega Moolah: Mega Moolah has a good record of payouts. The game offers a 25 pay line and runs on the Micro-gaming software. It is a progressive slot with the monkey symbol is the scatter that triggers the free spin bonus. The lion symbol doubles wines. Players can choose to an auto-play for uninterrupted action. 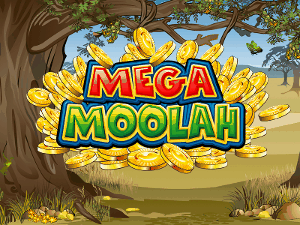 • DOA: DOA or Dead or Alive, is a Western-themed slot that has 9 pay lines. Scattered icons are two pistols and a “wanted” poster is the wild image. Bets can be played starting at .01 to 05. To start the 12-free game bonus, you need to get 3 scatter images. During the bonus, the game adds sticky wilds that hold their positions until the bonus is over.

• Gonzo’s Quest: The these of this game revolves around the conquistador Gonzo and the Peruvian ruins. The game features 3 rows with 5 columns and work on an “avalanche” as winning blocks go off the screen and new blocks fill the gaps. Each avalanche can run four times, which increased multipliers. This game is popular because gamers don’t have to hit a bonus to hit a significant win. Bonuses occur when 3 free fall symbols show up, giving the gamer 10 free spins.

• Mega Fortune: Mega Fortune offers a 25 pay line and is a progressive. The symbols are all linked to luxury living with a yacht as the game’s wile and the champagne icon is the scatter. When 3 or more champagne scatter icons show on the screen, the free welcome bonus is activated, with multipliers going up to 5-times the bet. A separate chocolate wheel is random offering an additional payout.

• Immortal Romance: This slot has been around since 2011 and features vampires. The goal is to get matching symbols from left to right. The Immortal Romance symbol is wild and will substitute for any other non-scatter symbols, which will double the value. The bonus is triggered by 3 golden lions, which will give you 10 free games at 5-times multiplier.

• Megabucks: The megabucks slot is one of the most popular land-based slot games. The game can be found all over Nevada—and is thought to cause bad-luck to players. This game is made by IGT and in spite of the perilous curses of the game, it is still a popular game with gamers.

Another NetEnt Mega Jackpot Is Won At Online Casino

Gambling Luck 101: How To Win At Gambling